What will be found in England’s lost corner? 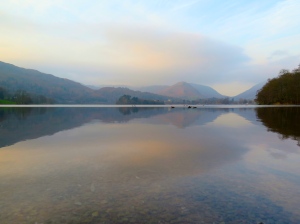 Tomorrow I’m making the excessively convoluted journey from Cumbria to Norfolk, for the Cafe Writers Poetry Prize reading. The night before New Year’s Eve I got the news my poem ‘Tiny Glass Horses’ had been placed third, with first prize going to Jonathan Davidson’s paean to ‘Brickwork’, and second to Jo Bell’s take on A Natural History of Selborne, ‘A Nightingale for Gilbert White, April 5, 1768’.  It was great to go into the new year with this news, and knowing my lucky streak, or whatever you might call it, wasn’t quite over.

So I realised this will be the first time I’ve done a poetry reading in East Anglia. It’s been a decade, I think, since I’ve been to Norwich (not because I’ve been living with an Ipswich supporter for the latter half of it – mostly just because of the difficulty in getting there from these far reaches of the North-West). This means I haven’t been to Norfolk since I first read Kazuo Ishiguro’s Never Let Me Go, in which Norfolk is figured, quite compellingly, as ‘England’s lost corner’. I always think of this now when I think of Norfolk, especially when I’m trying to get there via the train network, with it’s refusal of east <–> west:

‘You see, because [Norfolk is] stuck out here on the east, on this hump jutting into the sea, it’s not on the way to anywhere. People going north and south, they bypass it altogether. For that reason, it’s a peaceful corner of England, rather nice. But it’s also something of a lost corner.’

Someone claimed after the lesson that Miss Emily had said Norfolk was England’s ‘lost corner’ because that was were all the lost property found in the country ended up.

Ruth said one evening, looking out at the sunset, that ‘when we lost something precious, and we’d looked and looked and still couldn’t find it, then we didn’t have to be completely heartbroken. We still had that last bit of comfort, thinking one day, when we were grown up, and we were free to travel the country, we could always go and find it again in Norfolk.’
Kazuo Ishiguro, Never Let Me Go

I hear great things about the writing community in Norwich and the surrounding area though so I’m looking forward to seeing a bit of it. And whatever I’ve lost that might reappear. Unfortunately David Morley, who judged the competition, can’t be there because of work commitments, but that does mean there’ll be a decent hearing from the winning and commended poets who can make it.

The next day is the first of my appointments with one of the specialist clinics I’m being sent to to try and help limit the Ehlers Danlos Syndrome damage. This one is for the autonomic problems that come along with it, which are some of the hardest things to deal with on a daily basis. Hopefully the poetry will take my mind off the appointment, and vice versa …

The reading starts at 7.30pm, at Take 5, 17 Tombland, Norwich in the upstairs function room.